As two teams with fairly minimal national profiles, it makes sense that the fans of Xavier and NC State wouldn't know much about the other. I certainly claim no knowledge of your team, but I certainly have watched plenty of my Wolfpack. That and paying a whole $10 for a Kenpom subscription has qualified me to write this fanpost. So lets get going!

After losing 5 of our top 7 players from last year, no one expected much from this team. State was picked 10th (out of 15) in the ACC preseason media poll. Our new team consisted of a bevy of interesting freshmen, our two returning sophomores, a pair of middling transfers and lanky bench-warming Australian. Yet what turned a rebuilding year into a tourney run is the sweat and hardwork of one man, but more on Tony Buckets later. Lets run down this starting lineup:

Tyler "The Creator" Lewis has split time as point guard over the course of the season, but over the last 15 games or so has taken over the starting role from Anthony Barber. He has great vision, finding passes that no one else could and generally keeps the offense stable. Not a very good shooter, but has a reasonable mid-range game. If you are wondering why he only plays about 20 minutes a game, it is because he is a complete liability on defense. He is short enough to shoot over and skinny enough to run through. As our loss at Clemson earlier this year showed us, you can run an offense just by attacking who ever Lewis tries to guard.

On a team with very few consistent outside options, Ralston Turner has one job. He shoots three pointers. Sometimes he fakes threes and steps in to shoot long twos, but the threat of the three-ball is his only reason for starting. He has decent size for a two guard and I don't recall him being easily beat off the dribble, but he has a way of getting lost on help defense and rotation. State has given up many a 3 pointer when Turner has lost the location of his man.

Better known as T.J. Warren or Tony Buckets, as many fans call him; he is the engine of our offense. He can score from anywhere on the court, but the majority of his offense comes from unguardable floaters in the middle of the lane. He has a mid-range game not seen since the era his father played for State. He also has an incredible knack for grabbing offensive rebounds, owing to his excellent drive and off ball movement. One fun Warren fact: He is the first player to lead the ACC in points and shooting percentage since some bloke named Tim Duncan. (Which is extra-notable since Warren is not a post player) The only thing keeping Buckets from posting a more ridiculous Offensive Rating is his middling ability to shoot 3s, though he has gotten better since ACC play. As a defender Warren has active hands, thus generating 1.7 steals a game, yet isn't quick enough to consistently guard opposing small forwards. Or you know, he is saving energy to produce more buckets; life is hard when you are the 1, 2 and 3 scoring option on your team. He did manage to hold all-ACC first teamer CJ Fair to 9 points on 16 shots, but that isn't the norm. Oh, and if you notice he has a pretty abysmal defensive rebounding percentage, it is mostly by design, as Warren will often sneak out to start the fast break. For more information on how weird good TJ is, a link!

Kyle is the first of our interesting but flawed freshman class. Skinny guy who has a developing mid-ranged face up shot and few post moves. Snags defensive rebounds decently, blocks a few shots. The reason why he starts and not Lennard Freeman is that while Kyle's offense is less efficient, he is able to make shots away from the basket. Thus forcing defenses to move one player away from the lane, or in a zone stop him from sitting in the empty space. He has a high motor, but his game just isn't quite there yet. Expect him to sub in and out often.

Jordan Vandenberg is a tall Australian with limited basketball experience coming into college some 6ish years ago. He had minuscule minutes prior to this year, sitting behind smaller, yet far more basketball adept players. However, with the massive exodus from last year, Vandenberg saw his chance, losing 40! pounds to make himself a viable starter at center. If you are wondering why he has such a high offensive rating and a low usage rate, know that a vast majority of his points are dunks. If the defense breaks down, or if Tyler finds him skulking in the back of the zone, he is good for an easy dunk. He has, however, little ability or willingness to make his own shot. He is a surprisingly able passer from the post leading to easy shots for others, not that the offense runs through him all that often. He has a block rate of 6.2% which is pretty good and he rebounds fairly well. I can't believe I'm saying this, but he will be missed when this season ends.

The best of our flawed freshman class. For the majority of the year, Cat Barber was the starting point guard, but he hit a huge slump come early ACC schedule. He has since been a back up to Tyler Lewis with significant minutes to the benefit of both Cat and the team. He isn't as good a passer as Lewis, though his assist number is on paper pretty good. His nickname comes from his insane speed, which allows him to get to the hoop quickly on a fast break or a broken play, but he has yet to figure out how to utilize his speed in the half court offense. He used to take far too many long two pointers which would invariably miss and lead to easy fast break opportunities the other way. He has stopped taking these shots as much since getting benched. Could be an all-ACC player in a year or two with his natural speed and ball handling, but for right now he needs to figure out how to not turn the ball over in close games. He is a fantastic on-ball defender, and can draw charges from players trying to elbow him off. If you guys take advantage of Lewis defensively, Barber will probably come in.

Dez Lee is an emergency JuCo recruit to fill the hole of the transferring Rodney Purvis. He was a prolific scorer on his New Mexico Junior College team, but that hasn't translated into him doing much in the way of scoring here. He can't shoot the 3 very well so when he replaces Ralston Turner, there is no reason for teams to do anything but pack the interior and concentrate on Warren. Not that double or triple teams stop Warren much from doing his thing. Like Barber, a very good on-ball defender. He will again be a defensive substitution if Gottfried doesn't like the team's defense, which is often lacking. Or he will come in because streaky Turner can take bad shots and go a while without scoring.

Probably the least "flawed" of the flawed freshman class, as he isn't really expected to be much. He was a last minute 3 star recruit after State missed out on some other big men. But boy has he taken advantage of the time he gets. Best rebounder on the team, including a Warren-like 10.9% ORP. He isn't going to make his own offense, but he can put the ball back in the hoop after a rebound. He is also the best defensive big man of our group, he even held his own against Duke's Jabari Parker. So he is another defensive substitution if Washington isn't strong enough to guard his man. If you are noticing a pattern right now, good. If you aren't, SPOILER ALERT: State isn't very good on defense, sometimes has to cripple its non-Warren offense to stay competitive.

Probably the most interestingly flawed of the State freshman class. Anya (not to be confused with Arrested Development's Annyong) could one day be a dominant center, shot blocker, and all around monster in the paint. But he is no where near that this year because of his weight. Some 325 pounds, he doesn't have the stamina to stay in the game for an extended period, or the speed to slide over on defense effectively. You can see his potential in his ridiculous 11.9 Block percentage, which would be higher than Joel Embiid if he played enough to qualify. And that is without the willingness to jump! He has a rather poor rebounding rate as he sells out for the block, even when he is the secondary defender. Did I mention we can't even line him up for offensive free throw rebounding? He sits paint waiting for the team to get on defense. Looking forward, Gottfried has a good reputation of strength and conditioning, and players usually make their biggest improvements to conditioning between the freshmen and sophomore years.


In summation, Warren is a once in a lifetime talent who plays the game in a way few can and the rest of the folks are either too young or too incomplete as players for the team to be as competitive as they are. You might see their 9-9 record in the ACC and think this team shouldn't belong here, but consider this: State was leading in 3 critical match ups in the ACC with less than 10 seconds left, @Wake Forest, @Syracuse and UNC at home. They managed to lose all three by one point. Had those results gone a different way, State would have been 12-6 in conference with two more marquee wins against ranked teams. Probably good enough for a 7 or an 8 seed. Yet those games occurred the way they did, and State sits as the last at large team in the NCAA tourney.


Also if you are wondering why my name is so weirdly spelled: 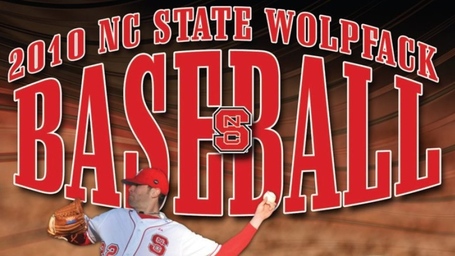 More from Banners On The Parkway