A slow start vanished in a 26-7 run as Xavier destroyed La Salle in a game nowhere near as close as the final score indicated.

Where can you even start with this team anymore? There are no logical progressions to what happens or doesn't happen. A losing streak that started with the Crosstown Shootout and ended with an embarrassing defeat at Wake Forest has swung into a winning streak that includes wins over Temple and, now, La Salle. 7-6 and all but dead and buried has become 11-6 and leading the Atlantic 10. A coach whose decisions were constantly at sixes and sevens suddenly has his team playing with an incredible amount of fire. I'm not sure where to start with this team, but we'll start the recap of this game with 10:07 to play in the first half.

We start at 10:07 because that's when it looked most likely that the feel good story was about to slam abruptly back to earth. Ramon Galloway, who scores effectively and in bunches, had just buried a three that put Xavier down 20-9. The La Salle team that Coach Mack called "scary" was doing what they do best, spreading the floor and letting their guards create havoc. Down low, Steve Zack already had eight and Xavier looked fairly well beaten in most facets of the game. Coming off a road victory, it was an inauspicious start for the Musketeers. But, on the way to 3-1 in conference, a strange thing happened: Xavier simply took the game over.

Xavier has won three games by double figures this year: FDU, Butler, and George Washington. That leaves eight victories in which the Musketeers could be called something less than dominating. However, when La Salle tried to salt the game away early today, the Muskies were just that. After Galloway scored from very deep, Semaj Christon (18/2/5) answered with a runner to draw back within single digits. After that, Xavier went on a 16-5 run to pull even at 25 with exactly three minutes to play. With the crowd roaring, and La Salle in full retreat, Xavier extended the run to 26-7 to take a 35-27 lead to the half. 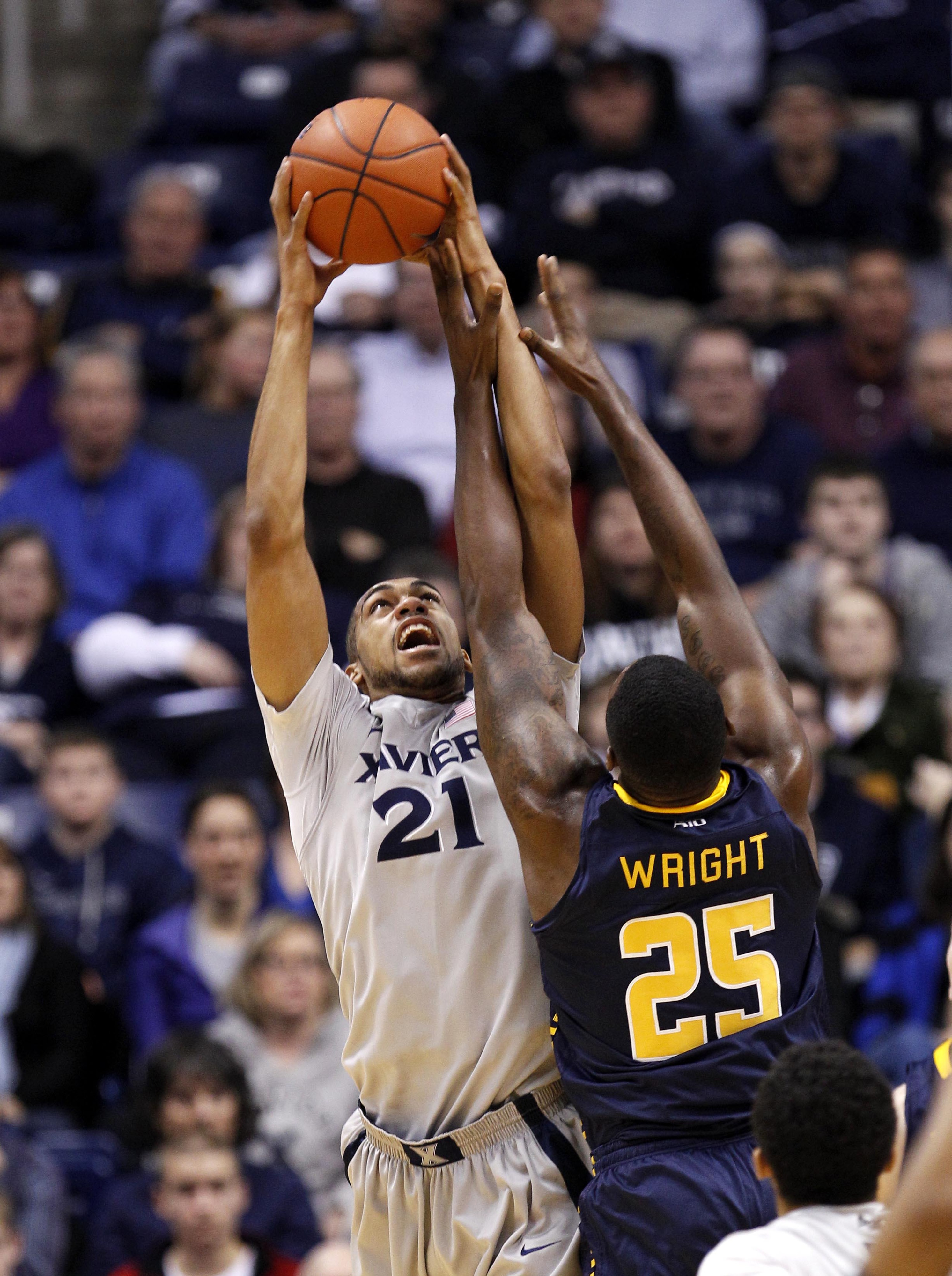 Instrumental in those ten minutes of excellence was the much maligned Jeff Robinson (10/6/0). JRob punctuated the end of the first half by slamming home six of Xavier's last eight points. With the lead at 27-26, Robinson followed a Christon miss with such authority that even Joe Sunderman struggled to find the words. A minute later, Jeff adjusted on a mis-thrown lob from Dee Davis (6/1/7) and stuffed the ball through from the other side of the rim. One more dunk and Robinson had the Cintas Center at full cry.

I would say that Xavier wasted no time coming out of the break, but that wouldn't exactly be true. La Salle's offensive woes continued as their field goal drought hit nearly 11 minutes before Steve Zack scored with 16:27 left in the game, but the Musketeers didn't set the world on fire themselves, failing to score for the first two minutes of the half as they allowed four offensive rebounds. Semaj Christon set things straight with a dunk and, after two Travis Taylor (9/12/2) misses at the line, another layup to push the lead to nine.

Xavier's offense sputtered a bit, but the defense was relentless again. La Salle managed only 34.4% from the field in the second half, and that counts a 4-4 effort in garbage time. While the game was still in doubt, the Explorers were a woeful 7-28 from the floor. Once Xavier got back on the accelerator, it didn't take long to blow the game wide open. A 9:51 the gap was only six and Xavier fans could've been forgiven for expecting the worst. Instead, the Musketeers went on 11-2 run to stretch it to 15 with around six minutes to play. Semaj Christon managed four of those, but a Brad Redford (13/0/0) three and two converted free throws from each of Isaiah Philmore (8/3/0) and Justin Martin (4/1/0) meant the freshman wasn't on his own.

Another 10-3 run, bolstered by two technical free throws, shortly after that and the lead peaked at 18. From that point on La Salle did nothing but cut into the lead, but it hardly mattered. The walk-ons hit the court, Travis Taylor and Jeff Robinson each took an opportunity to dunk again, and James Farr even saw the court and scored. What had looked like a snap back to reality only 30 short minutes ago now looked like the continuation of a new reality. Where do you start with this team? Try 4-0 in the Atlantic 10.

-Is Dee ready to go? If you watched those nifty embedded highlights, you know the answer to that. Davis played 23 minutes and contributed seven assists against only one turnover. His four fouls meant Brad Redford still played 34 minutes, but his ability to control the ball was useful during a game in which the rest of the team managed 16 pre garbage time turnovers.

-Can Xavier control the pace? Not really. There ended up being 69 possessions in this game, a staggering 15 more than in the St. Bonavneture tilt. While Xavier wasn't able to force the Explorers into slowing the pace, they were able to force them into rushing poor shots. La Salle finished the game a dreadful 40% from the floor while Xavier knocked down 58% of their shots. The only reason this wasn't a complete route was Xavier going 15-26 from the line.

-Is Jeff Robinson back in the dog house? The Great Enigma came out today and attacked the rim with a vengeance. Robinson's aggression in the latter stages of the first half really lifted the whole team over the hump and onto the attack. La Salle fans probably remember the massive game Robinson had there last year and think he is one of the best players to ever wear the Xavier uniform. The rest of us just ride the wave.