Share All sharing options for: Xavier's Return to Campus

You know by now that Xavier is headed to the Sweet Sixteen for the fourth time in five years. Only UNC, Michigan State, and Kansas can equal that, and no team in the nation can boast a better record of achievement in the NCAA tournament. It has been a rough year for Xavier - the details of which don't bear mention at this juncture - but the Musketeers have found themselves right back where they belong.

I've got to tell you, I feel great for these guys. It's awesome to see a gleeful Tu participating in team cheers. Big Kenny deserves the sheepish grin he wears when the crowd begins chanting his name. Martin, Wells, Redford, Lyons, and the rest of the squad are all seen in the videos below in a state of gleeful exhaustion. Finally, Coach Mack and his girls are also prominent coming off the team bus. 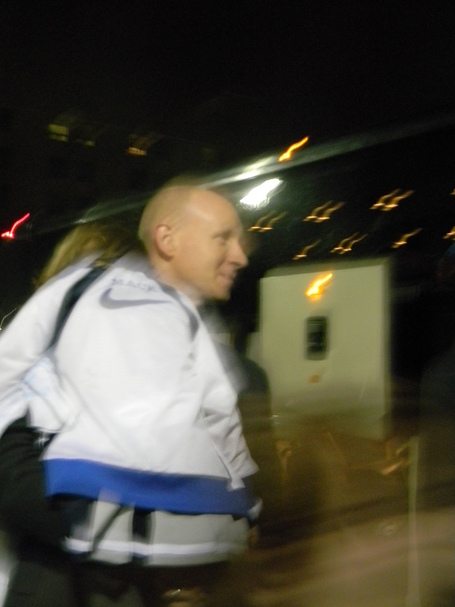 Kudos to the students and fans who came out to greet the team coming home from securing the Sweet Sixteen bid. In particular, we want to thank Anna Henry (@AnnaHenryXU on Twitter) for the videos and photos that she sent us to make this post possible.