Last week when we were here, I was of the opinion that Xavier was being a little bit harshly dealt with in light of their single loss to Pacific. Obviously, a team starting the season with Xavier's low profile was going to need a flawless beginning to get the notice of the voters. After briefly appearing in the "others receiving votes" category, Xavier lost their spotless record and their attention from the voters. Has the fourth week of the Whelan Watch brought better news for the oral repair of our walk-on of choice? 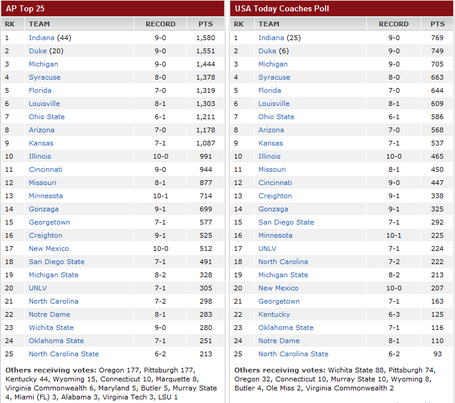 In a word, no. Last week, I wasn't thrilled about Xavier not garnering a single vote. After the disappointing loss to Vanderbilt in the mid-week, though, it's understandable that the Muskies haven't gotten any love this week. Voters tend to look for things that confirm what they already know and are slow to acknowledge information that might contradict that. Until Xavier can put up something noteworthy to get themselves back on the radar, I suspect things won't be changing.

Fortunately, Xavier has just such a game coming up next on their schedule. Xavier will be playing highly-ranked and currently undefeated Cincinnati in their very next game. Unfortunately, that game doesn't tip off for another nine days, as the Muskies have an entire week off due to finals. I'll ignore the obvious jokes about Xavier having to take time off for finals because they actually go to their own classes. Barring something absurd, next week's Whelan Watch will look a lot like this one.

Whelan's status: Using his molars to gnaw his eraser as he studies for his exams.