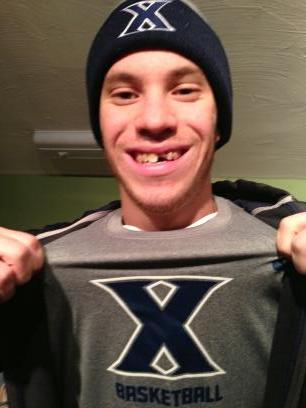 Over Twitter today, Xavier's walk-on guard - and the man who bit Semaj Christon's elbow until Christon had to go to the hospital - Tim Whelan announced that he is not going to pursue treatment for his destroyed front tooth until Xavier is ranked in the top 25.

I had a chipped tooth this spring. It hurt like a son of a gun and - because I neglected to get it treated promptly - eventually required a root canal. The procedure itself was fairly painless, but the time between acknowledging I needed it and actually getting it was awful. I was going through painkillers like Brett Favre. It hurt to eat. It hurt to drink. If it was cold outside, it hurt to breathe. It hurt.

I have no doubt Tim Whelan's tooth hurts as well. This is a boss move by the young man. Rally behind him on Twitter at @TWhelan14. Let him know we support him. And for the love of all that is holy, pull for Xavier to get ranked as soon as possible.